The Culture of ‘Yes’ 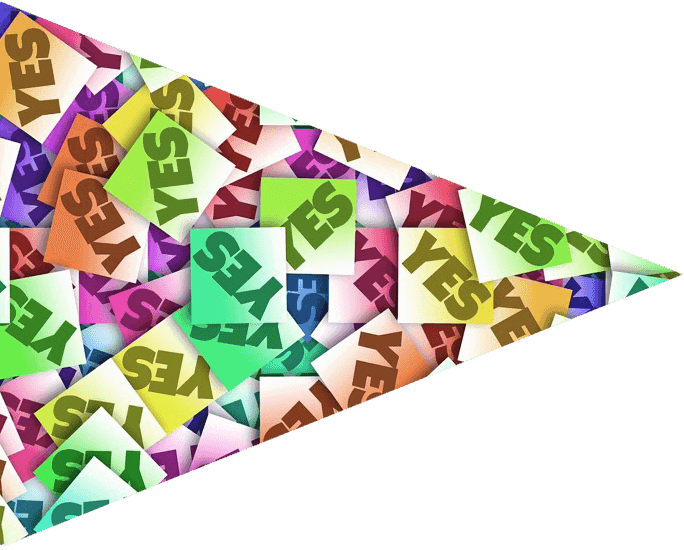 A few years ago, a colleague who worked at a large university shared that her alumni team conducted research shortly after she arrived as the new vice president. Alumni were saying “we only hear from you when you want money” with increasing frequency, the team was concerned, and so the new VP wanted to look into it. The study led her team to calculate that the university should deliver approximately 9 non-fundraising communications for every 1 fundraising communication in order to strike the right balance*.

That made sense. So I floated it by my president, who quickly said “We’re good!” and proceeded to run through the communications we produced: magazines, event invitations, e-newsletters, and social media posts among them. He was right.

The answer: 1) no; and 2) even when we were asking, the non-gift requests (like event invitations) were very soft compared to gift asks.

As we started to fix the problem, what became worrisome was our senior class gift program. Every year, seniors were being asked ONLY for money, and usually 5, 6, 7 times – or more – during their final months as students. Did that mean we would need to make 45, 54, 63 or more non-fundraising asks to catch up? Could we ever catch up? And, by attempting to create the giving habit early and teach seniors a culture of philanthropy, were we doing just the opposite?

We changed the program. While we continued to ask seniors for a gift, we also asked them to consider doing several other things as a rite of passage into alumni-hood (and we continued to ask them – as alumni – for those same things). While we hoped seniors would do all that we asked, we celebrated and acknowledged whenever they said yes: whether it was once or twice or every time.

We started to refer to this approach as building a culture of “yes.” While some may argue, I believe a culture of yes is more important than a culture of philanthropy. It’s bigger, it’s more encompassing, and it sticks. Once alumni start saying yes, and the more they develop the habit of saying yes, the HARDER it becomes to say no. They want to help, they want to make their school better, and they want to know their contributions have impact. Yes begets yes, again and again and again. Conversely, no begets no.

Consider this possibility: what if the top goal for your annual giving and alumni relations/alumni engagement programs was simply to produce “yes” over and over? What kinds of different requests would alumni receive? How might those programs collaborate differently? And what if the colleagues running those programs became the “Office of Yes”?

* I don’t have the hard data on this finding, sorry.

Discover How
Your Alumni
Are Defining Success –
FOR FREE

Participate in our research study ...